Safe operation of a vehicle requires focus and attention. Unfortunately, there are more driving-related distractions than ever today in the form of cellphones, onboard entertainment systems, GPS and other navigational devices – to say nothing of old-fashioned wool-gathering and rubbernecking. When motorists allow their hands, eyes, and minds to wander from the task at hand, they place themselves and everyone around them at risk. When this behavior leads to an injurious accident, distracted motorists can be held liable for any injuries and property damage that they’ve caused by virtue of their negligence or recklessness.

At the Law Offices of S. Chris Davis, we’re ready to help you demand the compensation you’re owed for injuries caused by a distracted driver. Attorney Chris Davis can aggressively advocate on your behalf so that you can focus on your health and recovery. Our firm’s commitment to providing stellar legal advocacy for our clients has been recognized by our legal peers, as Chris Davis has received multiple awards and recognitions, including being named a “Top 40 Under 40” attorney for the past several consecutive years by the National Trial Lawyers Association. We are also humbled by the trust that our clients have in us, reflected by the fact that our previous clients regularly recommend our firm to their family members, friends, and colleagues.

If you have been injured in a crash that was caused by a distracted driver, you deserve to hold that driver accountable for their behavior. Contact the Law Offices of S. Chris Davis today for a free case review and to learn how our Columbia distracted driving accident lawyer can help you to secure any and all compensation to which you’re rightfully entitled.

Common Types of Distractions That Cause Accidents in Columbia

Drivers can be distracted by the following primary types of distractions:

Distracted driving behaviors can involve one, two, or all three types of distractions. For example, texting while driving involves all three types of distractions since a driver must take their eyes off the road to look at their phone screen, must take a hand off the steering wheel to hold their phone and type, and must shift their focus to reading or writing a text.

Common distracted driving behaviors that commonly lead to crashes include:

How Is Distracted Driving Conduct Proven?

Do You Have Cause to File a Distracted Driving Car Crash Lawsuit?

You may have a cause to file a personal injury lawsuit if you were injured as a result of a car crash that was caused by another driver who was distracted in the moments leading up to the crash. You will need to prove that the collision would not have occurred but for the other driver being distracted. In addition, you will need to establish the losses you sustained because of the accident that you can be financially compensated for. These losses can include medical bills, lost wages, and pain and suffering.

Compensation You Could Recover as a Distracted Driving Accident Victim

South Carolina law requires all motorists to devote their full attention to the task of driving. In particular, SC Code §56-5-3890 prohibits the use of a cellphone or other wireless device to read, write, or send a text communication while operating a motor vehicle on public roads. Over the past few years, the state legislature has considered but not yet passed laws that would ban holding cell phones and other wireless devices, thereby requiring hands-free use of phones while driving. If any existing laws were violated in the leadup to your crash, the other driver’s unlawful conduct may strengthen your case.
Note that the law recognizes a few exceptions to the prohibition on texting while driving, including:

South Carolina’s texting-and-driving law is also deemed a primary offense, meaning that a police officer can pull over a driver if they witness them typing on their cellphone or another wireless device. The police officer does not need to witness any other traffic offense to initiate a stop. A conviction can result in a $25 fine for a first-time offense, with fines potentially increasing for subsequent violations.

Speak with Our Legal Team Today About Your Distracted Driving Accident

If you were injured in an accident caused by a distracted driver, you deserve maximum compensation for your losses. Reach out to the Law Offices of S. Chris Davis for a free, no-obligation consultation to speak with a Columbia distracted driving accident lawyer about your options to pursue rightful compensation. 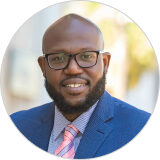 Chris Davis IIAttorney
Chris Davis is a South Carolina native whose attorney-father shares his name and inspired Chris to devote his life to the service of representing the legal interests of those who are navigating difficult life circumstances [...]
View Chris’s Bio
Get Your Case Reviewed at No Charge