Attorney Steve (Christopher) Davis II graduated Cum Laude with a degree in Political Science from the University of South Carolina. He then attended the University of South Carolina School of Law, graduating in 2009. After leaving school and passing the South Carolina Bar, Christopher returned home where he began working as an associate at Law Offices of S. Chris Davis in Moncks Corner, SC under the guidance and teaching of his father. Through the teachings and mentorship Christopher flourished into a promising young attorney and later went on to open the second location in Columbia. During Christopher’s time in Columbia, he has been able to assist people in wide ranges of the law to include Personal Injury, Worker’s Compensation, Pardons, Deeds and Social Security Disability. 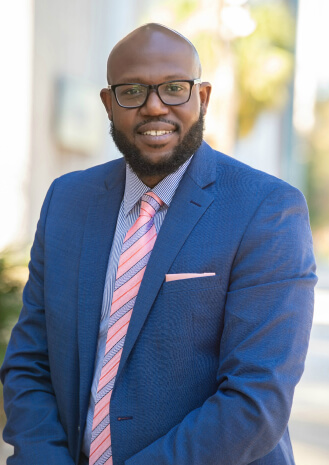 “I was referred to them when I was in an accident and they really took care of me. I would highly recommend as I have even sent a few referrals to them myself now. Great people that care about their clients!”

“He is a very knowledgeable and caring attorney. He gets the job done…..I recommend him to everyone.”

“Mr. Davis and his team was very attentive from start to finish. They kept up with our well-being throughout the whole process. If I ever need services again I know who to call.”

“Everyone in the office is very friendly and helpful. If you have any questions they make sure to help you understand everything that is going on. I would definitely recommend to friends and family! :)”